The expanded roll out of Windows 10 version 2004 means that Microsoft will begin automatically offering the feature update to more machines currently using older versions of Windows 10 that are nearing end-of-service and will therefore no longer receive security updates.

Microsoft doesn't state which versions it will target for an update, but Windows 10 version 1809 is the next in line to no longer get security updates. This is set to happen on November 10, 2020,

Microsoft publishes an “End of Service” date for each version of Windows 10. While you might think you can hold onto your version of Win10 until that date, Microsoft starts pushing you onto the next version four months early. That takes a big bite out of the promised 18-month lifespan.

Updates until the device can't take it anymore!
Please acknowledge and thank members who answer your questions!
QB64 is a FREE QBasic compiler for WIN, MAC(OSX) and LINUX : https://www.qb64.org/forum/index.php
Get my Q-Basics demonstrator: https://www.dropbox.com/s/fdmgp91d6h8ps ... s.zip?dl=0
Top

If you have Google set as the default engine and try to type in the search bar, the browser may crash. The problem is related to “Search Suggestions” and when that API is called, the browser crashing instantly.

I am seeing it on my dev and release channel builds of the browser. If you have been experiencing this issue, you can navigate to edge://settings/search and turn off the feature as a workaround.

Install previews only on test PCs; to keep them off your production/personal systems,
do not click "Check for updates." As we have said many times, clicking that option does not simply show available updates — it installs them.
I recommend that you skip the following Win10 preview patches:

Windows 10 turns thumbs down on CCleaner

"While the bundled applications themselves are legitimate, bundling of software, especially products from other providers, can result in unexpected software activity that can negatively impact user experiences," according to Microsoft's PUA notice. "To protect Windows users, Microsoft Defender Antivirus detects CCleaner installers that exhibit this behavior as potentially unwanted applications."

Microsoft stated that while users can decline to authorize automatic installation of the bundled programs, some users inadvertently install them anyway. Microsoft said it objects to "misleading or inaccurate claims about files, registry entries, or other items on your PC."

Microsoft Defender warns users of its concerns and then allows users to either halt or proceed with installation.

Once this is done, they can select the 'Link to Windows' button, and a list of the available apps will be displayed in Windows 10, as demonstrated.

Microsoft has been slowly moving functionality from the Control Panel applets to the Modern Settings in Windows 10, but long-time Windows users may be annoyed by the latest change in Windows 10 version 2004 (Build 19041.423), noticed by WindowsLatest.

In this version of Windows 10, Microsoft removed the ability for Device Manager to search online for driver updates, meaning the app can only update drivers that have already been installed on your PC or downloaded earlier.


In Windows 10 Build 19041.450 or newer, Microsoft said it has restored the Windows 7 era optional updates page, which allows you to discover new updates to drivers and non-security features.

This feature removes the need to get driver updates via Device Manager. Instead, you’ll be able to access the optional updates for drivers or security features under Settings > Update & Security > Windows Update > View optional updates.

Microsoft delays Windows 10 1803 end of service due to pandemic

Microsoft today announced that the scheduled end of service date for the Enterprise, Education, and IoT Enterprise editions of Windows 10, version 1803 is being pushed back to May 11, 2021, due to the current public health situation.

Windows 10 Version 1803 (otherwise known as the April 2018 Update) should have reached end of service on November 10, 2020, according to the Windows lifecycle fact sheet.

This means that devices running Windows 10 1803 Enterprise, Education, and IoT Enterprise editions will continue to receive monthly security updates through May 11, 2021, through Windows Update, Windows Server Update Services, and the Microsoft Update Catalog.

Found a way to never have to log into Windows 10, just run an old Hoyle card game...

Also the Notifications bar saves them, but clicking on them just removes them, FEW links work!
Please acknowledge and thank members who answer your questions!
QB64 is a FREE QBasic compiler for WIN, MAC(OSX) and LINUX : https://www.qb64.org/forum/index.php
Get my Q-Basics demonstrator: https://www.dropbox.com/s/fdmgp91d6h8ps ... s.zip?dl=0
Top

Microsoft Defender can ironically be used to download malware

A recent update to Windows 10's Microsoft Defender antivirus solution ironically allows it to download malware and other files to a Windows computer.

Legitimate operating system files that can be abused for malicious purposes are known as living-off-the-land binaries or LOLBINs.

In a recent Microsoft Defender update, the command-line MpCmdRun.exe tool has been updated to include the ability to download files from a remote location, which could be abused by attackers.

With this new feature, Microsoft Defender is now part of the long list of Windows programs that can be abused by local attackers.

Microsoft’s September 2020 optional update (KB4571744) seems to be causing some trouble for those who are running Windows 10 May 2020 Update(a.k.a Windows 10 version 2004). While the update comes with fixes for critical issues, improvements, KB4571744 is far from perfect, just like pretty much all the previous cumulative updates. Some users are reporting that the optional update KB4571744 broke Windows 10’s ‘Sleep mode.’

After the rollout of the latest Windows 10 Cumulative update, some users are reportedly facing an issue where their PC keeps waking up from sleep mode. To be more specific, the sleep mode issue occurs when the KB4571744 update is pending on PCs running Windows 10 version 2004. “When I close the lid, press the power button, or select Sleep in the power menu or the win-x menu, instead of sleeping, the screen simply turns off, and my laptop does not go to sleep even after leaving it alone all night,” one user wrote on Feedback Hub. Similar complaints can also be found on Microsoft’s forum website.

What is worse is that we don’t have there is a workaround available yet, though there is a temporary solution available if you’re interested.

WSL2 provides a full Linux kernel built into WSL2, as well as improved system-call support for all Linux apps, including Docker, FUSE, rsync, and more. WSL2 shipped with Windows 10 version 2004, aka the May 2020 Update, and recently was made available for Windows 10 1903 and 1909.

Today, we noticed an Edge update for Windows 10 version 2004, KB4576754 has been installed quietly on our device and grouped under ‘Quality updates’ under the Update History. The update installs the Edge version 84.522.68.


A majority of IT administrators polled this summer said that the twice-a-year Windows 10 feature upgrades are not useful – or rarely so – a stunning stance considering how much effort Microsoft puts into building the updates.

About 58% of nearly 500 business professionals who are responsible for servicing Windows at their workplaces said that Windows 10 feature upgrades – two annually, one each in the spring and fall – were either not useful (24%) or rarely useful (34%).
Please acknowledge and thank members who answer your questions!
QB64 is a FREE QBasic compiler for WIN, MAC(OSX) and LINUX : https://www.qb64.org/forum/index.php
Get my Q-Basics demonstrator: https://www.dropbox.com/s/fdmgp91d6h8ps ... s.zip?dl=0
Top

Windows 10 is pushing old drivers updates that you should avoid

Users are reporting that inappropriate driver updates are getting pushed to Windows 10 devices which aren’t registered for the Insider program.

The update in the question is “Intel – System”, which was pushed out last week alongside other optional driver updates for Windows 10 version 2004 (May 2020 Update).

We’ve also observed users report another bug where the same driver update will reappear for download after successful installation.

The Drivers are located in the View Optional Update list... 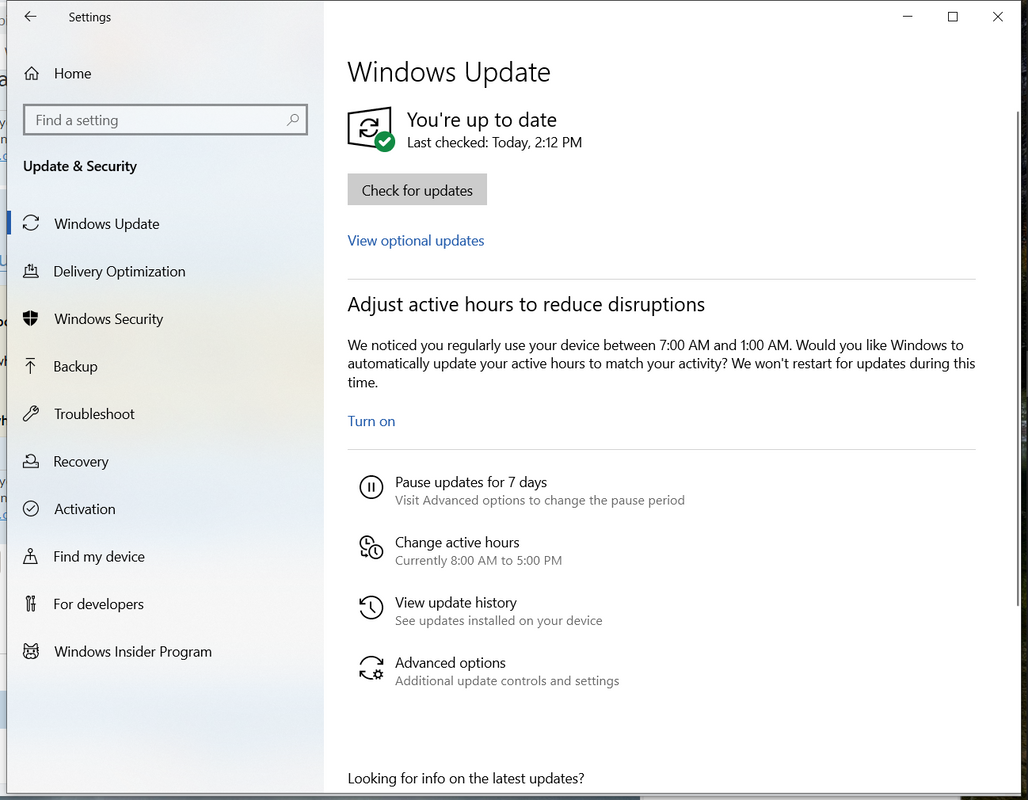 It is NOT recommended that you update the drivers unless you have problems! 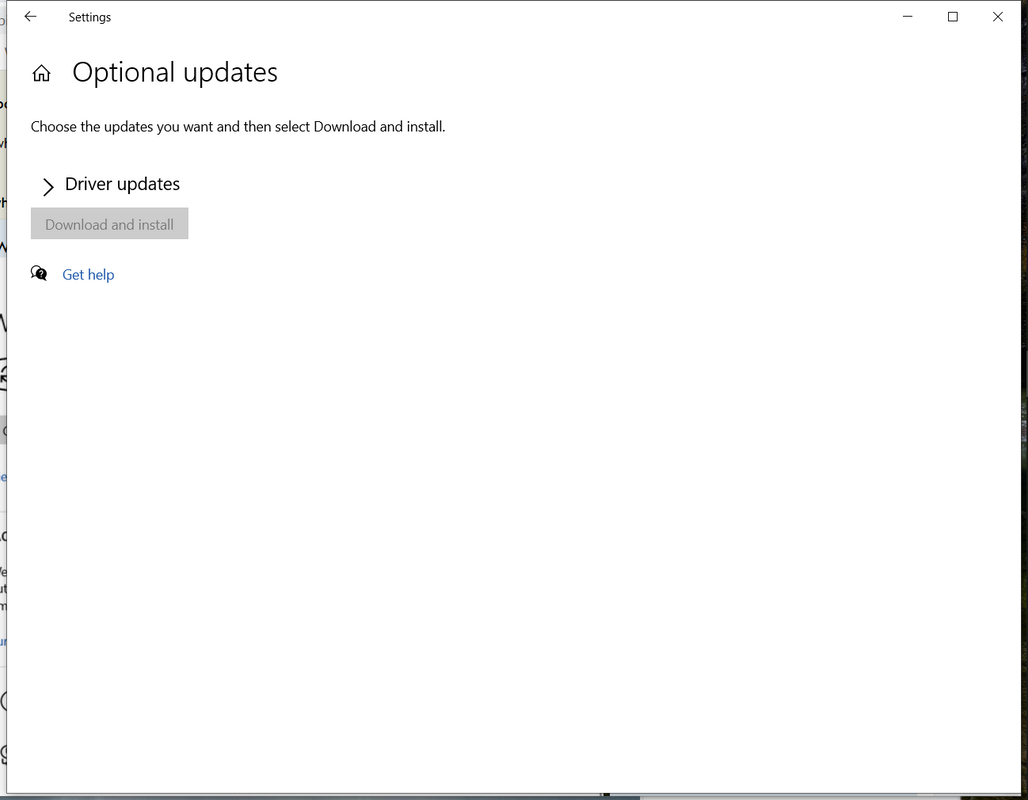